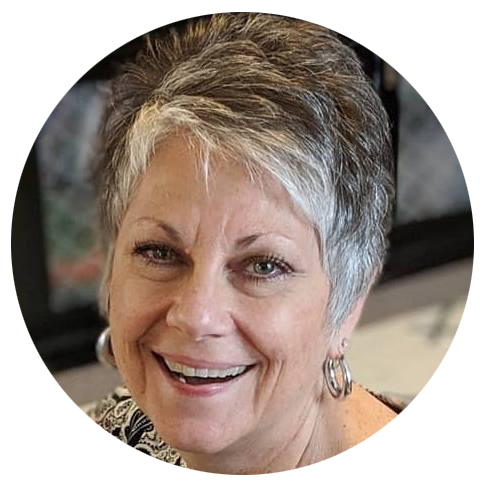 Missionaries Charlie & Debbie Chivers founded Special Touch Ministry in 1982 when they decided to dedicate their lives serving people with disabilities. In 2021, Rev. Debbie Chivers moved into the role of Executive Director. From the National Office in Wisconsin, together with the board of directors, office staff, and other ministry leaders she directs and oversees the development and implementation of the many programs and services offered by Special Touch Ministry, Inc. She also co-coordinates the annual Wisconsin Summer Get Away. 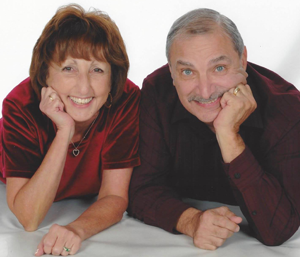 Joe and Ann Trementozzi have been involved in full-time missions work for many years. As fully appointed US Missionaries, they joined STM in 2007. Through the prompting of the Holy Spirit and the birth of their daughter Beth Ann, who has special needs, their calling is to serve people with disabilities and their families with compassion and the love of Christ. In addition to their roles Coordinating many of the Special Touch Ministry programs, Joe and Ann also travel to local churches and other venues creating awareness of the need for people with disabilities and their families to become a vital part of church and society.
Contact Info: (Joe)321-480-9806    (Ann)321-543-8729   joe.ann@specialtouch.org 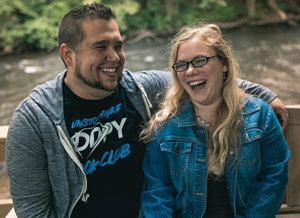 Nettamara and her family are originally from Michigan. Growing up she experienced disability through a number of relationships, but God made it even more personal with the birth of her first son, who had autism and medical issues. This lead her to work in the disability field, assisting individuals with blindness in the public school system and at a children’s center. God opened a door for Nettamara to serve those with disabilities at her local church and to acquire a Bachelor’s Degree in Special Education. She has also earned certifications in Braille. In early 2019, following the Holy Spirit leading her to join Special Touch Ministry, Nettamara, Ed, and their two children moved to Wisconsin. Serving as a Missionary Associate, Nettamara runs and administrates STM Blind Services. To sign up for eNewsletter updates from Nettamara and STM Blind Services click here. 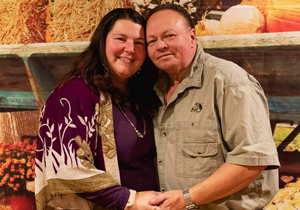 Mike and Kim have an enormous passion for serving people impacted by disability. This couple had been introduced to the world of disability when their son, Chris, was diagnosed with Asperger’s. They began volunteering at a STM North East Region Summer Get Away in 2011. The need for disability ministry became even more apparent to them when the son of a good friend was in an accident. They realized that the three greatest needs of people with disabilities were support, practical help, and a church family.

Joining as Missionary Associates, in 2014, Mike and Kim continue to oversee the programs and services of STM in New England. Coordinating the North East Region Get Away, leading the R.E.A.C.H. New England Chapter and assisting churches and people impacted by disability and their caregivers to connect and develop meaningful relationships with Jesus and The Body of Christ. 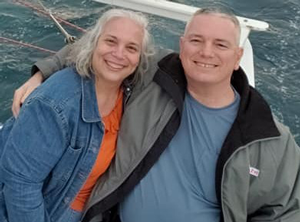 Raised in Louisiana, Tom Maher left his traditional Catholic upbringing at 16 and began his “quest for God”, serving Louisiana churches. God continued to lead him on a journey that would take him to Nebraska, North Dakota and finally, Wisconsin. In 2013, Tom felt the call of God to serve as a Missionary Associate with Special Touch Ministry.

Tom and his wife of over 40 years, Cindy, are an essential part of the STM Summer Get Away program. The Maher’s operate the ‘Tech’ program, by transporting and maintaining essential medical equipment to the Summer Get Away programs along with supporting ministry leaders. They also make themselves available to assist the disability community, as needed. 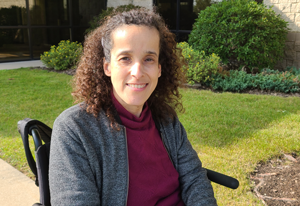 In the spring of 2012, Nilda became a Licensed Assemblies of God Minister. That fall, she took another huge step by joining the STM Team on a Missions Trip to the Dominican Republic. The next summer, Nilda became a Missionary Associate. Nilda is an accomplished speaker and singer. She also has been diagnosed with a physical disability. Along with serving with the STM Chapter and Summer Get Away Program, Nilda assists with Pastoral Care by personally connecting with those who submit prayer requests to STM. Nilda’s heart is to share with others how churches can minister to those with disabilities and how those with disabilities can minister to the church. 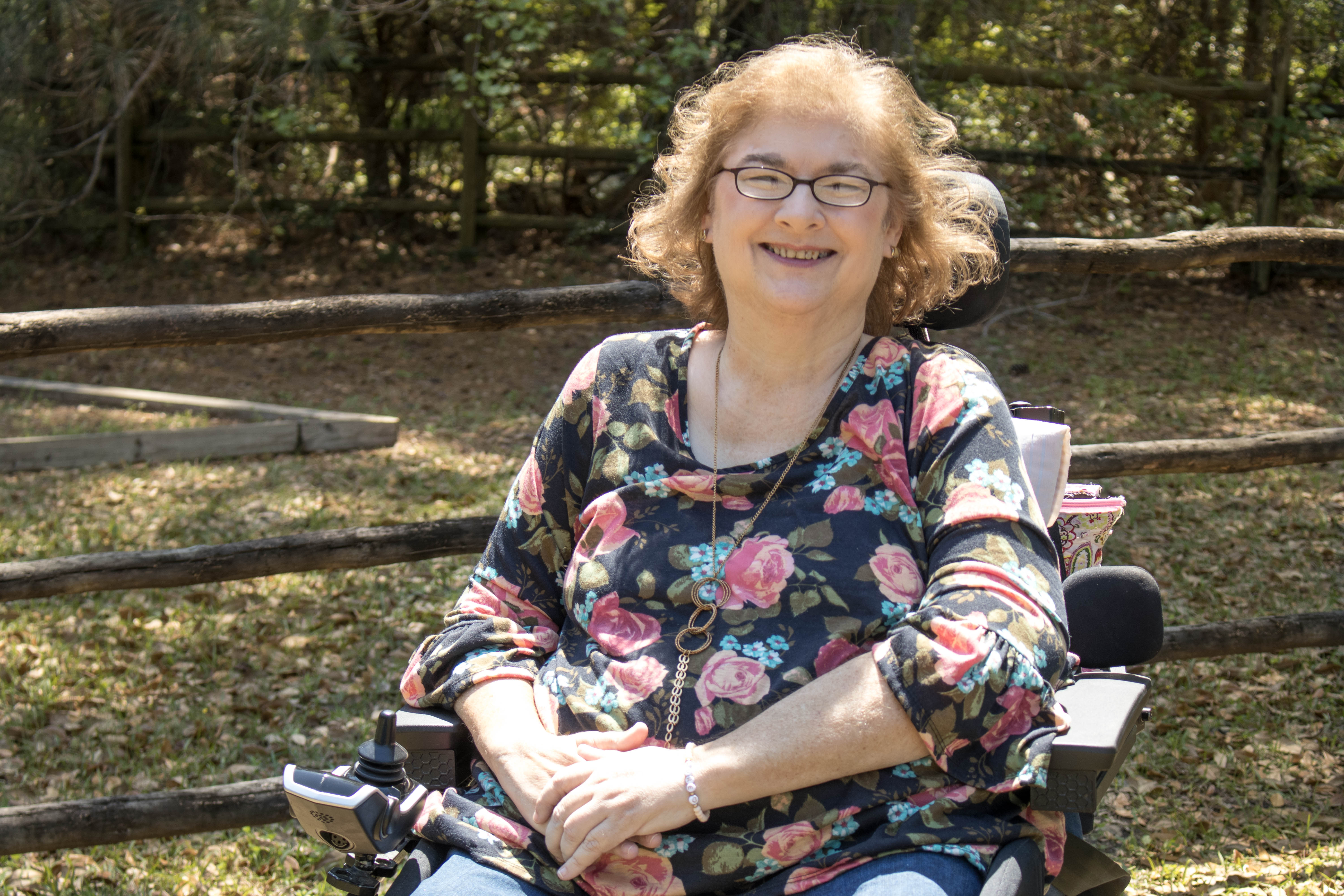 Lori was diagnosed with the same condition as her two older brothers, Spinal Muscular Atrophy, when she was a year and a half. She grew up surrounded by others who lived with disabilities and always had a soft spot for those less fortunate. Lori felt God had a call on her life from an early age. After an initial contact with STM in the early 1980’s, she was reintroduced to the ministry by a Chapter officer and attended her first Florida Summer Get Away. God ignited a passion in Lori for reaching the community of individuals with disabilities for Christ. Her passion encompasses helping the local church grasp the vastness of this mission field and the value of these individuals as members of the community of faith. In 2015, she joined STM.

As a Missionary Associate with Special Touch, Lori seeks to answer the call God placed on her heart. In addition to serving as an officer for two Florida Chapters, Lori oversees the STM Online Community. Using her communication skills, she helps write and produce curriculum and other disability ministry training tools and materials, continuing to serve the ministry as she can where there is need. 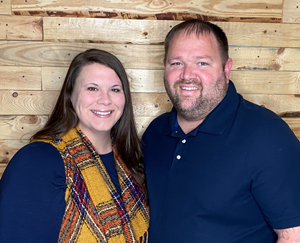 The theme of disability has been woven into Duane and Tracie’s lives since childhood. This theme was woven through family members, volunteering, as well as working, as caregivers, and later on, Tracie would become a director of a day habilitation facility. 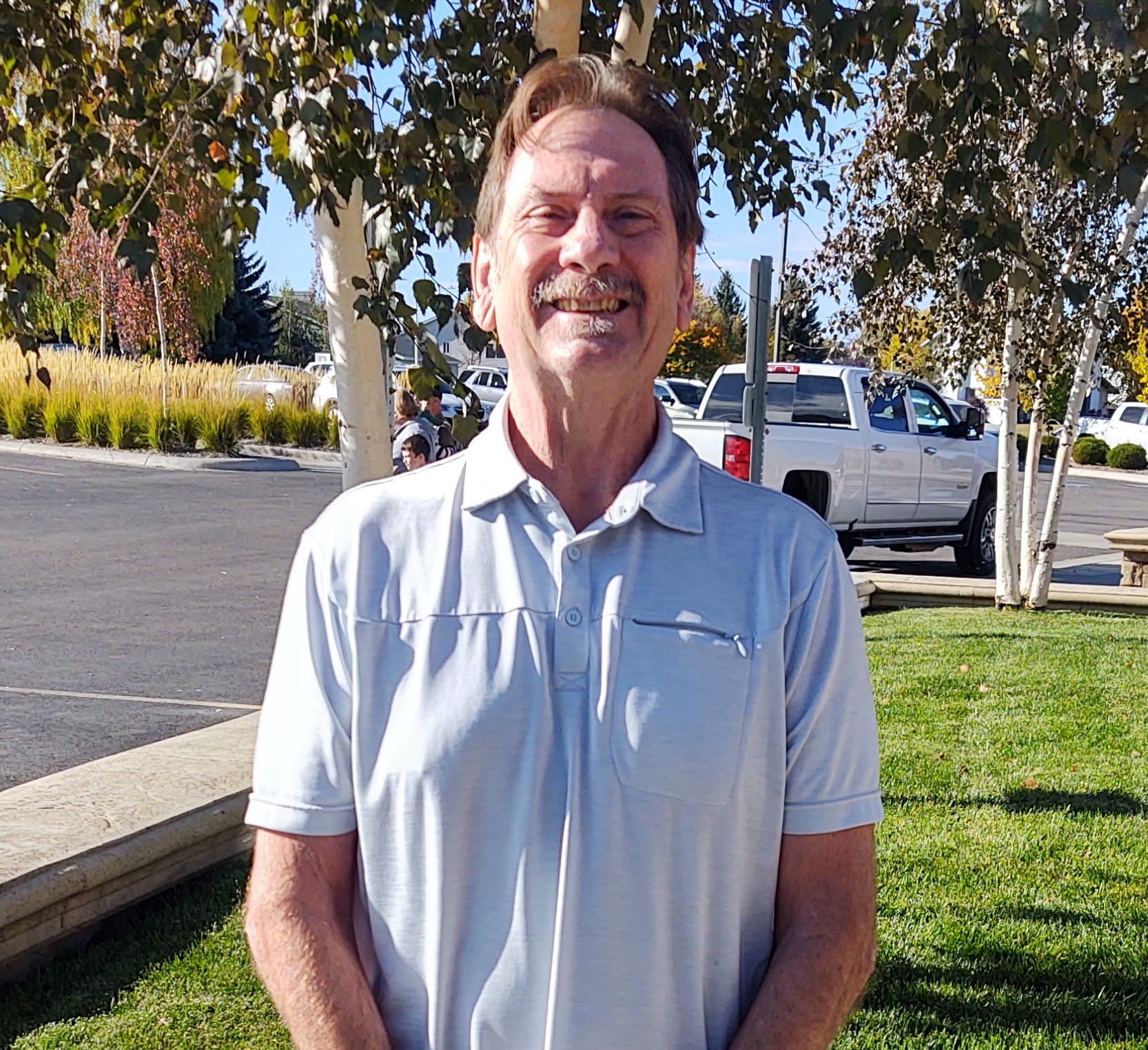 Rick Heitz was confronted with many obstacles when he was diagnosed with an autoimmune disease called Sjogren’s, which affected the central nervous system in 2008. In 2017, Rick joined STM. He enjoys serving in the disability community through Special Olympics, Lighthouse Christian home for those with developmental disabilities, companion program, and others. Rick’s passion is to bring disability awareness to the churches in Montana, helping them to see the need for special needs ministry for those with autism, behavioral issues and other disabling conditions. Rick is also the coordinator for the STM Summer Get Away in Montana. 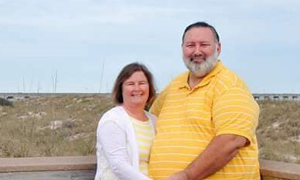 As a Missionary Associate with Special Touch Ministry, Charlene is honored to serve those living with disabilities and their families. Her journey began as a volunteer caregiver at STM Florida Summer Get Away. After three years serving as a caregiver, God revealed to her that there was more for her to do with this ministry.

In 2018 she joined as a Missionary Associate serving with the STM First Coast Chapter. In 2021 Charlene completed her internship and received her Pastoral License. She is currently assisting the STM Leaders and Coordinators in launching more chapters in Florida and other states. Charlene is also helping to raise awareness among Pastors and churches of the importance of welcoming our friends with disabilities. By helping develop disability ministry within churches and increasing STM programming throughout the country, Charlene has made it her goal to help increase the opportunities for our friends with disabilities to have a chance to know who Jesus is. 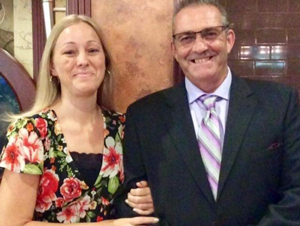 Bill & Jen Kippin began their involvement with Special Touch Ministry in 2011 when Jen volunteered with the North East Region Summer Get Away. An incredible week spent making new friends and sharing her creativity sparked a desire in her to continue serving with Special Touch. In 2017, Bill chose to volunteer at this same location where God developed in him a desire to join in serving people with disabilities. Bill and Jen understand some of the challenges associated with having a physical disability, when an unexpected slip on some ice in 2003 caused severe nerve damage and changed Jen’s mobility. From their location in the North Eastern part of the United States, Bill & Jen have a desire as Missionary Associates to develop Special Touch Ministry’s impact in the local disability community, providing encouragement and support as well as easing and enriching lives. 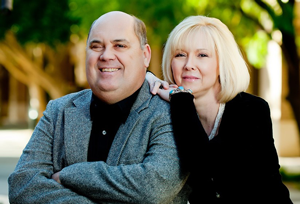 The Dempsey’s have been fully-appointed US Missionaries for over 30 years among Native peoples. Following the voice of the Holy Spirit, they left that work. Shortly after, Jim’s health declined rapidly, and he required 24-hour assistance. As the sole caregiver for Jim, Linda joined STM in the Summer of 2020. She feels that so many caregivers today are suffering because they are giving from an empty well. “We can only truly begin to give of ourselves when we first have known Jesus, the Fountain of Life.” Linda continues to proclaim the Gospel so others may hear and receive hope, encouragement, and new life in Christ. She also prays with/for other caregivers through an online community.

Growing up with two disabled brothers, Lana has always felt a desire to help other individuals and families with disabilities. Over the years, this call grew and she began serving as a nurse at various camps for individuals with disabilities. In early 2020, she began the process to join with Special Touch Ministry as a Missionary Associate. Though the pandemic caused delays she persevered becoming a full Missionary Associate working with Special Touch Ministry in 2021. Lana has been educated through Evangel and Global Universities, holds a Master’s Degree in Nursing, BS in Education, as well as ministry credentials through the General Council of the Assemblies of God. From her location in Northern Missouri, she is excited to be working with the Ministry team, sharing her compassion and heart for people as well as using her nursing and other skills to better serve the disability community. 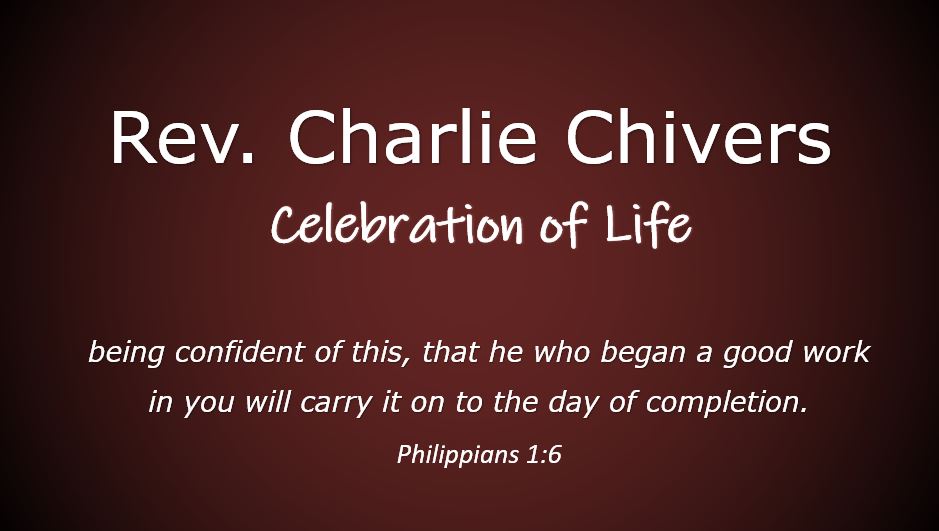